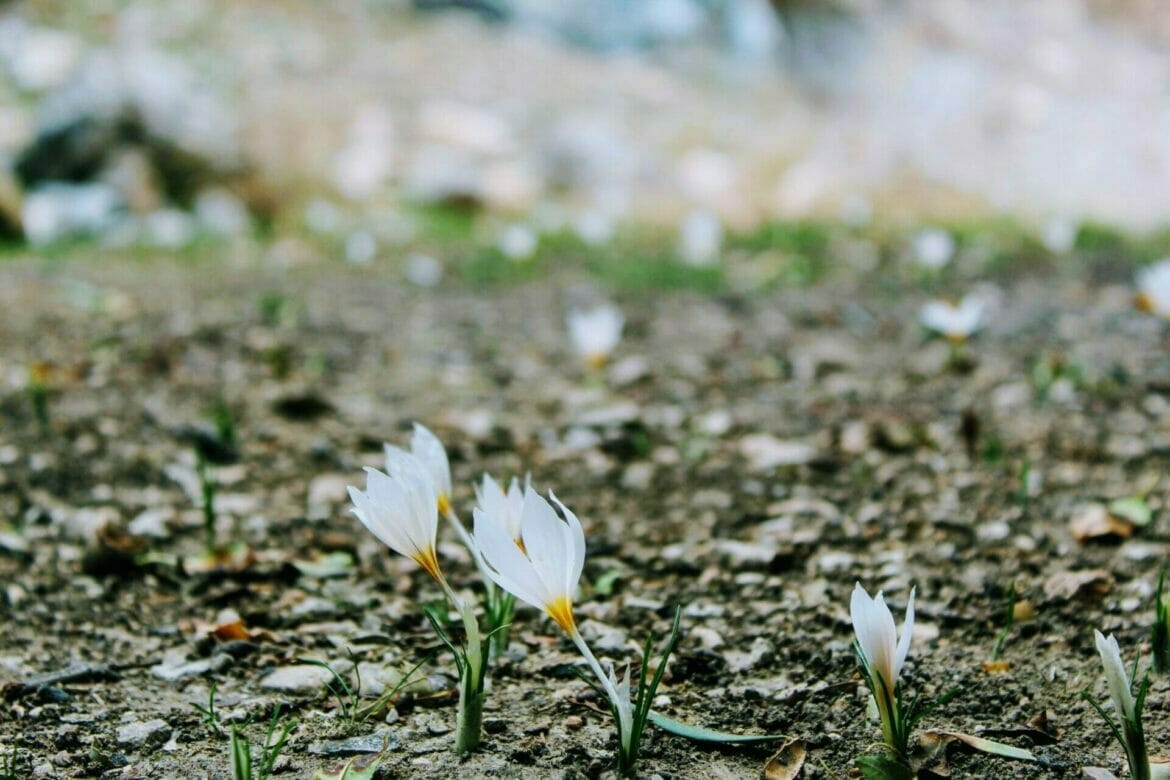 Everyone who knows Israel knows that the best hiking is up north. Up north, there are water hikes to last the whole summer long, forested regions which provide endless shade, and rolling green mountains in the springtime.

So last week, when we had to choose just one hike for a big family trip to the Galil, we were surprised to find that it wasn’t so easy.

We wanted to explore somewhere new – to do something we’d never done before.  Our family group included a wide range of ages and abilities, so the terrain couldn’t be too challenging.  Swimming hikes were out because there were a few teeny tiny babies – and besides, the temperatures were in the sixties and seventies.

We found lots of treks to gorgeous views all over the Galil and the Golan, but our hike had to be less than five kilometers long and include a variety of features to keep the kids interested the whole way through.

With all of this on our wish list, we searched and searched and found Nahal Rosh Pina, a hike that was said to combine a flowing stream (even before the winter rain) and beautiful views.

So what’s the scoop on this hike?

The trail began in Rosh Pina, one of the most picturesque cities in the Galil.  As we drove towards the trailhead, we came to a quiet, residential neighborhood with a landscaped walkway along a flowing stream.  We were in the right place.

Once the whole group had gathered together and geared up (it took a while!) we headed toward the beginning of the hike.  We walked up the street until we reached the sign that announced we were at Nahal Rosh Pina.  Some of us were a little worried when we read that the hike was for “fit hikers only”, but the consensus was to push forward.  Between the adults and teens we had lots of strong shoulders for toddlers and babies.

The hike started at a rocky flowing stream flanked by old olive trees.  Every few minutes of walking, we reached another hidden pool of water, wrapped in vines and trees.  The kids made sure to pop in and explore each and every one.

After fifteen minutes we came to  a murky spring– I imagine it’s quite the magnet for kids in the summer time.  My little guys would have jumped right in had the weather been a bit warmer (swimsuit or not).

As it was, the children weren’t going to get into the water, so they entertained themselves instead by coaxing our border collie in for a swim.  He had fun.  And everyone got a shower when he shook himself off at the end.

As we continued, we came across some structures which the kids climbed right up on top of – these were old water storage units that once siphoned the fresh water from the stream for use in town.   For us, they were just great places to play and explore.

A little further along the path, and we arrived at a most picturesque place.  Just beyond the stream, over a wooden plank bridge, was a grove of trees surrounding a small meadow.  Since we’d been on the trail for at least forty-five minutes at that point, someone called lunch time and we all stretched out in the grass.

It was a really beautiful spot, with great trees for climbing, and a bubbling stream to play by. Sandwiches were passed around, and we all settled in for a picnic.

Some of us went off to explore the mountain that faced our little glade.  Climbing to the top was a bit of a challenge.  But there were bright yellow crocuses along the path and an incredible view at the top.

After lunch, we continued along the black trail. At this point, the stream dried up and the tough part of the hike began.  The path was rocky with a bit of an ascent for the next kilometer.  But since it’s early November, we stayed cool under a cloudy sky.

At the top of the hill, the black trail continued further along.  If we had followed it for another couple of  kilometers, it would have taken us all the way to Tzfat.  Instead, we made a right onto the green trail.

This part of the hike was different from the first half.  Since we had ascended quite a bit, we had beautiful views down into the valley below.  The mountain still climbed above on our left, so we were in the shade of the trees growing on its side.

This green trail was also flat, so none of the kids complained.   We walked along at a relaxed pace, talking and exchanging stories.  But the most beautiful part was yet to come – at the crossroads to the blue trail.

Here, we were blown away by stunning views of Rosh Pina and the rest of the Galil, with the Kinneret blue and pristine in the distance.  It was spectacular.

After taking it all in (and taking a family picture of course!), we took the rocky blue trail back down to the river bed below.  It wasn’t too challenging or steep.  For the most part, everyone made it down on their own.  Along the way, we got to explore some cool caves on the path.

Once down in the valley, we followed our tracks back along the stream toward Rosh Pina and the trailhead.

So was this newly discovered gem worth hiking?  Absolutely! It was different than any other Galil area hike we had been on, and there was a lot to discover the whole way through.

The verdict on Nahal Rosh Pina – this little stream-side trail is another beautiful place to explore in Israel.

While I am writing this up as a good hike for kids, I did get some internal family feedback that this should not be labeled easy!  Some of us were huffing and puffing up the hill (particularly those who were carrying a baby and backpack up the whole way).  I actually carried my six-year old on my back up part of the hill too – I don’t mind carrying him and I’d rather not hear him complain!  So if the prospect of hill makes you nervous, maybe just turn around after you have a picnic in the little glade.

If not, by all means, take anyone on this hike who can manage a rocky path. Year-round flowing streams in Israel are not easy to come by.  And Rosh Pina is a really cute place to visit too.

The Waze link will take you to a parking lot near the stream.  Park your car there and walk up to the end of the street to find the trailhead.  Take the black trail in one direction and green in the other, then blue on the descent.

New! Read this guide to how to use navigational features in these posts.

Questions or comments? Suggestions?  Let me know what you’re thinking! 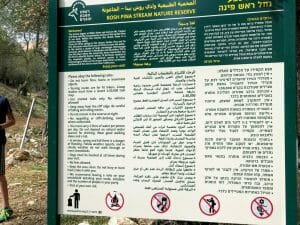 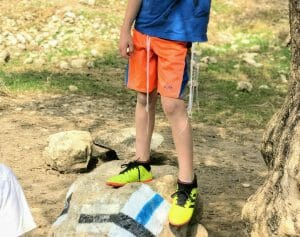 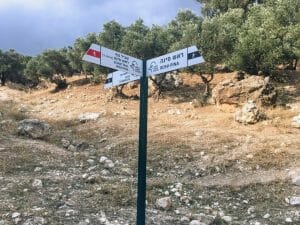 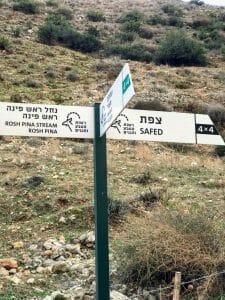 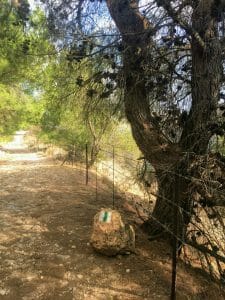 To the green trail. 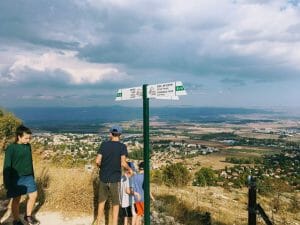 Go down the mountain here.

The Scenic Trail at Nahal Katlav