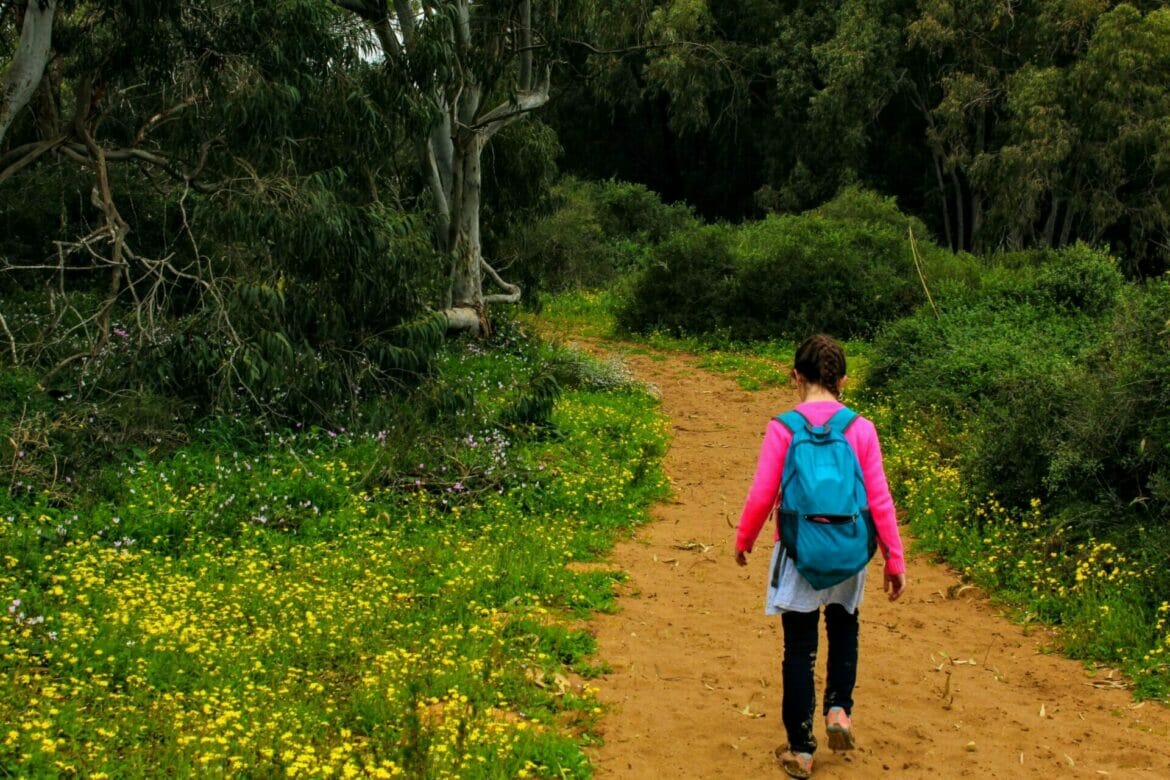 This past Wednesday, we woke up to a cloudy sky.  The weathermen were all predicting a wet and rainy day.

The bad news? I was supposed to go for a hike at Nahal Alexander with my ten-year old daughter that day.  We chose this particular trail because of the giant turtles that live in the river and the easy walk to the beach. Since the trail was up near Netanya, I didn’t want to risk driving there and getting rained out.

She was incredibly disappointed by that news.

And when she almost started to cry, I decided to suck it up and go anyway.  That’s what raincoats and rain boots are for, after all!

Luckily for us, the weather prediction never came true.  It was cloudy and overcast, but only a few drops of rain fell all morning long.  It ended up being great weather for a hike.  We had an amazing day together and scoped out another beautiful place in Israel.

Here’s what we saw at Nahal Alexander:

Giant Reptiles and the Hogwarts Express

We started off at Gesher Hatzabim – The Turtle Bridge.  There’s a big beautiful playground and a wooden walkway overlooking the water. Nahal Alexander is one of the only places in Israel where a sizeable population of giant soft-shelled turtles still lives.

The bridge was mobbed with children on that random Wednesday, but we got ourselves in there and peered down to see the large reptiles in action.  They swam up and climbed onto the rocks waiting for someone to throw down a crumb.

Next, we crossed the bridge to escape the crowds, then turned left to hike along the river.  As opposed to our last river to beach hike (The Sorek Estuary), Nahal Alexander was much wilder and less cultivated. There were tall reeds to the side and wild plants along the bank of the river.

The path continued through the reeds until we crossed under a graffiti adorned train track bridge and made a right.

Now, we were walking right next to train tracks on one side and wide-open fields on the other.  It was fun to watch the trains pass by, as they did with relative frequency.  My daughter, ever the Harry Potter fan, was convinced that the red one looked like Hogwarts Express.

After walking along the tracks for a few minutes, the trail turned left through the fields and towards a forest.  We got ready to plough over a patch of dried up mud when we had an unexpected incident.

Turns out the mud wasn’t dried up at all – it was more like quicksand.  My daughter’s foot sank deep within and she couldn’t pry it loose.  While trying to free her, we both ended up on the ground and covered with mud.  (I was happy that I was well equipped with boots and waterproof gear!)

Dauntless, my daughter picked herself up in a fit of laughter, and cleaned herself off on the tall reeds.

We continued onward, through the fields along the river.  We passed by rich barked eucalyptus trees and a beautiful forest that sat atop a carpet of yellow flowers.  This part of the trail veered slightly away from the river to travel along the woods towards a hill in the distance.

Surprises on the Hill

Next, we climbed up the hill, following the trail markers to an ancient crumbling structure (the Samara Ruins).  As we ascended, we could already see a beautiful variety of mid-winter flowers lining the path.  To our left there was a wooden table and chairs under a graceful outstretched tree.

We hadn’t been walking for all that long, but little legs can’t walk forever – we were ready for a break.  So, we sat down in the grass and yellow flowers under the tree and poured ourselves some hot tea (and chocolate milk).

It was a beautiful spot to stop.  On one side, we could see Nahal Alexander down below, past a hillside of yellow flowers.  On the other, there were red anemones and purple lupines springing up in front of the ruins.

After re-energizing, we decided to explore the little hill and ruins before continuing along the trail by the river.  The old building wasn’t much to look at, but the hill itself was covered with the most incredible assortment of wildflowers.

Each new path we took revealed another type of flower amongst the seasonal anemones and mustard blossoms.  Down on the other side of the hill, there was a giant pool of cyclamen like we’d never seen before.  My daughter thought it looked like a scene out of a fairytale.

After thoroughly exploring the Samara Ruins hill, we retraced our steps and continued along the trail by the river towards the hidden coastline.

On to See the Sea

We walked alongside the river again, surrounded by eucalyptus trees.  There was a large and beautiful forest to our right as we hiked the path.

After a little while, we got very close to the traffic noise of a major highway.  It seemed like we must be heading in the wrong direction, but actually, it was this highway that stood between the Nahal Alexander trail and Beit Yannai Beach.  We followed the path underneath a noisy overpass (also decorated with super cool graffiti) and approached the coastline.

Beit Yannai beach is an unusual for an Israeli Mediterranean beach.  Rather than an endless stretch of sand, a blanket of flat rocks and shells borders the sea. It seemed more like a Kinneret beach than the ocean. And probably because of the weather that day, the water was extra blue and deep.

My daughter and I collapsed on the rocks and proceeded to throw shells into the sea.  We had lunch while we watched the waves. And then we went on a search for the most interesting seashells we could find.

Beit Yannai beach is pretty accessible – not just to hikers.  There is a parking lot right by the overpass.  But I guess on a random day in the middle of the winter, the beach doesn’t get a lot of visitors.

We had the whole place to ourselves.

We spent a long time there soaking up the treat of a mid winter visit to the beach. Once we had our fill, we packed up our bags again and went to check out the spot where the river flowed into the ocean.

And then we headed back the way we came. A gentle drizzle began to fall from the sky. We put our hoods up and walked along the river, through the groves and all the way back to Turtle Bridge.

This time around, the bridge was quiet. We said goodbye to our soft shelled friends and the river they called home.

Turtles, waterbirds, wildflowers, rivers, and oceans: we experienced a world of wonderful nature at Nahal Alexander. This beautiful spot near Netanya is a great hike for anyone – no matter what the weather.

This hike was really so so beautiful and fun for everyone. And right now is the perfect season to go (mid winter). It’s a bit long for little kids, but great for older ones. And if you want to bring little ones, you can go with two cars and park one at the Yannai Beach where it will wait for you at the end of the trail. This makes it a one way hike.

Another note for kids: there is a large and decked out playground right next to the Turtle Bridge. You can also just drive there, have a picnic, see the turtles, then drive to the beach.

I am sure this area is beautiful year round, but I would avoid it on really hot days. There’s not a ton of shade. On the other hand, there is a refreshing ocean waiting at the end…

Re: following the trail. I think the trickiest part is when you get to the hill and the ruins. At this spot, the Israel Trail actually leads you in two directions – one up and over the hill, and one back along the river. If you follow the trail up and over the hill you will be in the wrong spot at the end if you want to continue on to the beach. My advice is to explore the hill, then go back towards the old building and the picnic benches and continue the trail alongside the river.

Don’t forget to read my guide to following the navigational features in this post. 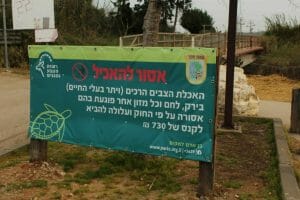 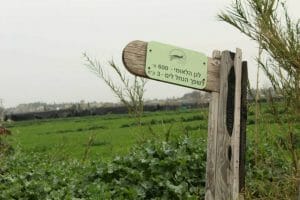 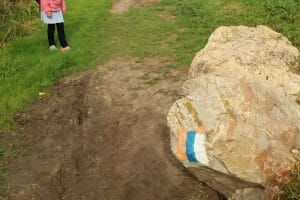 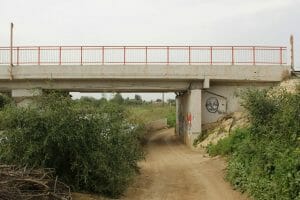 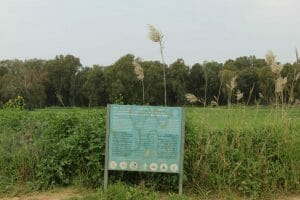 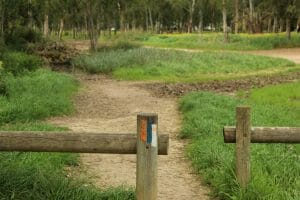 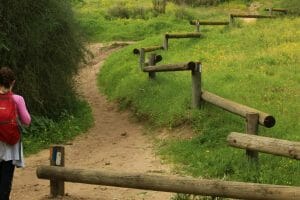 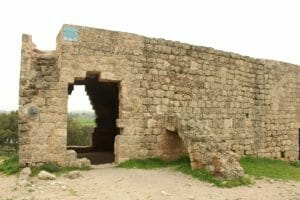 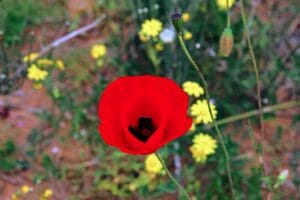 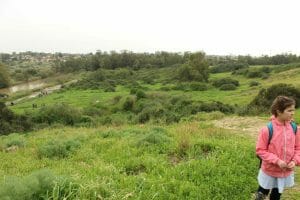 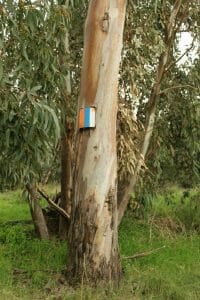 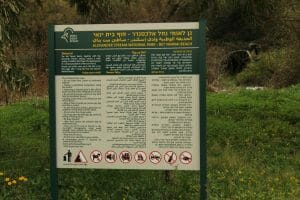 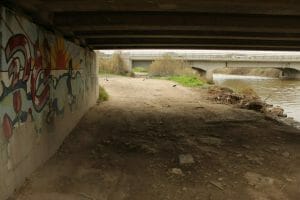 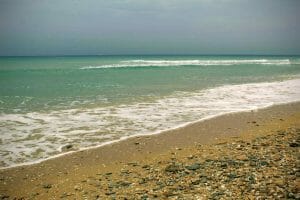 10 thoughts on “Nahal Alexander – River Walk to the Beach”