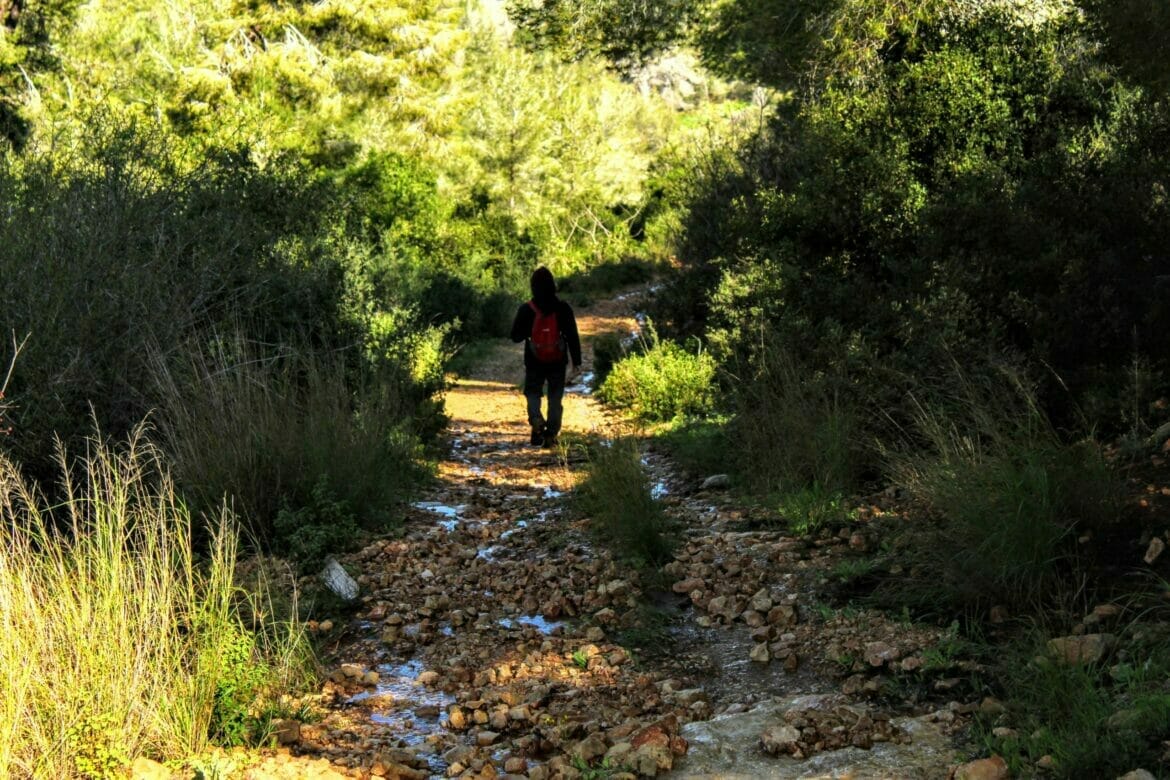 This past Friday, we went for a hike that was near Jerusalem, but still felt totally off the beaten path.  Neve Ilan is a community right on the outskirts of the city. Next to it lies the Neve Ilan forest, a beautiful world of wild beauty.

It had been raining for several days.  It was cold outside. And, our friends questioned our sanity when we said we were going on a hike.  But of course, that didn’t stop us.  We wanted to see what changes the downpour had brought to the Jerusalem countryside.

The trail we took led us down to a riverbed, and next to beautiful streams.  We didn’t see any other people at all. But along the way, we did see some wild animals drinking from the freshly filled stream.

Here’s how we hiked this road less traveled:

Perfect Setting for a Perfect Occasion

We started the hike at Kedma – an event hall in Neve Ilan.  Right next to the gates there was a single signpost leading the way towards the black trail and down to the Neve Ilan Forest.

Rather than follow the obvious path, we then made an immediate right onto a gravel path.  We then took a right at the second dirt path, following a trail which wound its way along the backside of Neve Ilan.

Before long we were heading down – along with all of the rain that had fallen in the previous days.  We hadn’t been expecting to walk streamside for the duration of our hike, but there was so much water from the rainfall that streams formed along the side of the rock path.

As we descended, we could already hear the louder gurgle of the riverbed down below.  And the bubbling right near our feet also made the perfect gentle background music for our walk.

We followed the road down, down, down, eventually reaching a signpost labeled “Emmaus Trail”.  There, we turned to the left.

Very soon, we reached the Nahal Yitla riverbed.  We were lucky enough to be there on one of the few days of the year that it was full of water.

It was clear that when the rain was falling heavily (the day before), this had not been an easygoing little stream.  Grasses and flowers were flattened to the bottom and sides of the riverbed, washed away by flash floods.

But, the area around Nahal Yitla was shady and beautiful.  So, we found a large rock and got the morning started right with coffee and muffins.

That time alone in the trees, drinking hot coffee while listening to the sounds of nature’s silence, is probably one of my favorite parts of hiking.  It’s something I’ve never really been able to accurately capture and share.  This time, I tried to take some pictures.

Soon after, we packed up and were on our way, walking along Nahal Yitla.

Lions, Tigers, and Bears, or…?

We hadn’t been walking for long when we heard some animals up in the trees.  Our border collie’s ears perked up.  We heard a faint growling.

We got a little bit closer and stopped, searching for the source of the noise.  Our eyes rested on a family of wild boar, drinking from the full stream.  They were tremendous, with big tusks.

I panicked a bit – should I take out a weapon or my camera?  I chose my camera and immediately started snapping as many pictures as possible.  But I was too late – the ferocious animals had already started to run, one at a time, snorting the whole way.  They escaped up the hill, into the trees.

They were probably the coolest wild animals we had ever seen on the trail.  We saw wet tracks in the mud where they had crossed our path just moments earlier.  But they were gone – so we continued on our way.

I’m not sure what Nahal Yitla looks like on any other day of the year.  I’m guessing it’s still green and beautiful and great for a pleasant hike.  On the day we walked it there was water everywhere.

There was water flowing down the center of the valley, forming little falls and pools along the way.  There were little mini waterfalls pouring down the rocks up above on the other side of the path.

There were hidden waterfalls, ensconced behind blossoming almond trees.  Water seemed to be coming from every direction, and it was all pouring towards the stream on the side of the path.

It was probably one of the coldest days we had hiked the whole winter long.  But by that point in the day, we were warm from our walk, and enjoying the beautiful scenery all around.

A Fallen Tree, a Waterfall, and We Return

For the duration of the hike so far, we had been walking on flat ground, after our steep and steady descent.  We now passed a fallen tree in a field of red anemones.  To our left was the most serious waterfall we had seen so far.

Streams cascaded down white rock, pouring down into the anemone field.  We stopped for a moment to take in the fleeting natural beauty, then said goodbye to the temporary river.

When we reached another signpost, we made a left, ready to ascend back to Kedma along the larger road we now found ourselves on.

Up we went, slow and steady, only pausing to take in the incredible views and beautiful flowers along the path.

Soon, we passed a memorial.  Here, there were offshoots to several other trails – more to explore another day.

All together, we had been hiking a little less than three hours.  And only thirty minutes from home.  But the sights we had seen that random Friday in early March were like none we had seen before.  We saw lost and secluded river waterfalls.  A pack of wild beasts.  And spring blossoms dressing it all up.

Years ago, you never would have been able to convince me that such incredible natural beauty was so easily accessible near my home. Nowadays, I know that all it takes to discover the wild and beautiful side of Israel is to step out the door and go – at every time of year.

If you are in good physical shape you should definitely take this hike.

But more importantly, this hike really taught me a lesson about getting off of the beaten track.  Sometimes it will be hard, or cold, or hot.  But it takes a little risk to earn a reward.  I was so happy that we got out that day and hiked here. When in doubt, I say, get out there!

The direction we hiked that trail worked for us.  But it was a long and hard uphill on the way back, without a lot of shade.  We lucked out because it was a cool and cloudy day.

But I think that if the weather was different, it probably would have been smarter to hike this path in the opposite direction – starting with a long steady descent on the asphalt road down to the riverbed, then taking the uphill through the trees on the rocky trail at the end.  Hiking up on rocks is usually more interesting and less tedious than climbing up an asphalt road – and there was more shade on the rocky path.

Since I don’t want to confuse anyone by giving mis-directions, I’m just giving the directions the way we hiked it. If you want to go the opposite way, follow Google Earth and the trail map in the opposite direction, starting off down the asphalt path rather than making a right onto the dirt road..

The first part of the trail (the way we hiked it) is not well marked.  You need to follow the directions I’ve attached (coming soon – use the Gallery until then) or use Google Earth. Even if you use the trail map, you may not know exactly which way to go.

Don’t forget to read my guide to the navigational features in these posts before you go.

Questions? Do you have an off the beaten track hike to share? Let me know in the comments below! 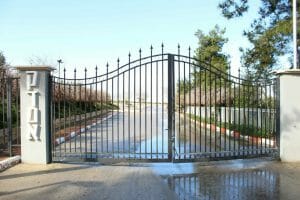 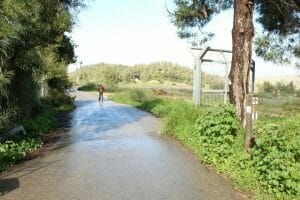 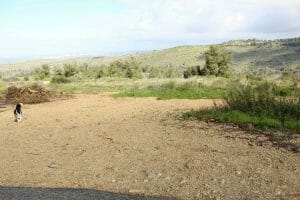 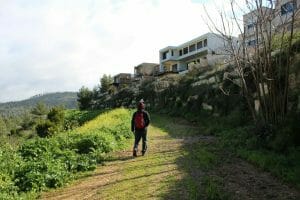 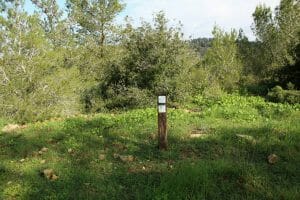 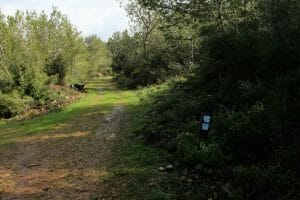 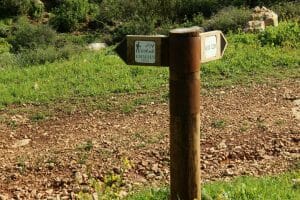 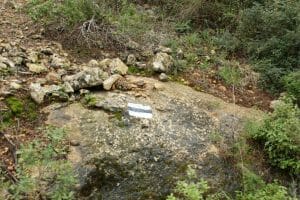 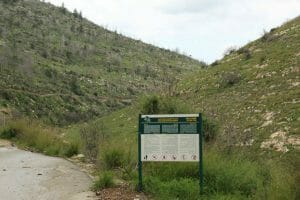 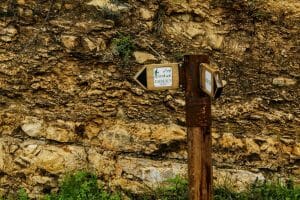 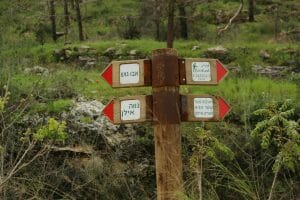 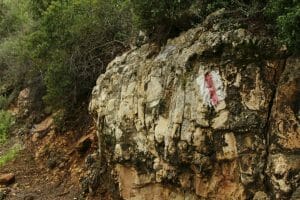 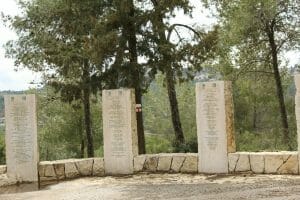 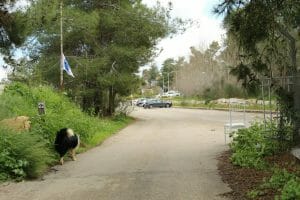 Nahal Yitla – The Long Way Around

From Derech HaCaesar to Nahal Sansan