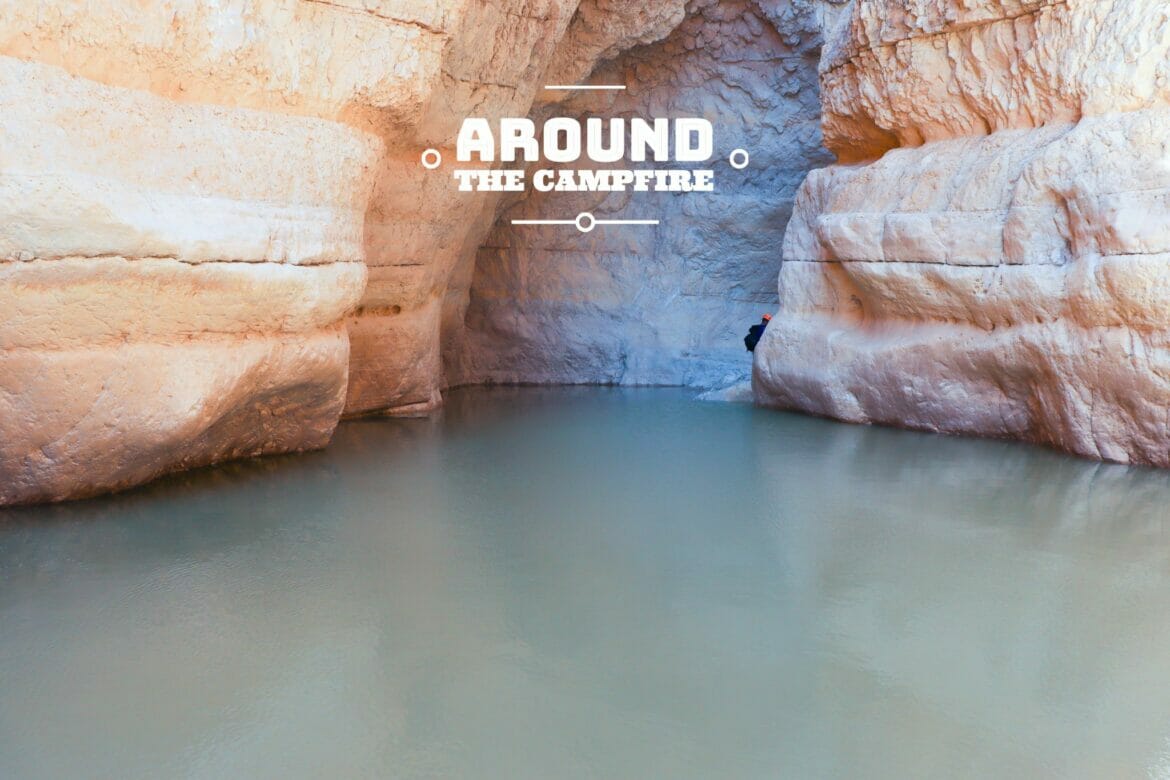 In the book of Kings, a story is told of the King of Israel, who recruited the King of Judah and the King of Edom to join him in a war on Moab. They agreed, and set out to battle.

After wandering in the desert for seven days in pursuit of the enemy, these three kings despaired for the lives of their men.  They couldn’t find water in the desert and found themselves on the verge of death. The kings turned to the prophet, Elisha, who requested musical accompaniment so he could seek out the word of God.  Then, the hand of God “fell upon him.”  God told Elisha that the valley would soon be filled with pools (Gavim, as it says in the text):

‘You shall not see wind nor rain, yet that valley will be filled with water; and you and your cattle and your beasts shall drink.’

To anyone reading the text, this would seem like a complete open miracle.  How can water appear in the middle of the desert…out of nowhere?  How can pools form without wind or rain, with enough water to quench the thirst of all of the animals and men on the battlefield?

One of the nice things about living in Israel is getting to know the Land and becoming acquainted with its special qualities.  Through exploration, we begin to understand the mysteries of holy texts in a whole new way.  We see flocks of sheep and date palms aplenty and finally realize what that Biblical description of “a land of milk and honey” is all about.  We encounter sites mentioned in the Bible and comprehend historical events through the topography of the Land.

Where did the sudden influx of water come from?  It was a flash flood, of course.  When it rains in the mountains, water flows through the dry wadis of the desert. The resulting flash floods seem to appear out of nowhere.  Hikers know to stay away from desert canyons whenever there’s a flood warning.

And the pools (gavim)?  If you’ve hiked in the desert in the wintertime, you’ve probably encountered these dips in the canyon, where trapped rainwater sits in large pools all winter long.

It all played out just as God promised it would:

“In the morning when the meal-offering was offered up, behold, water was coming from the road of Edom; and the land became filled with the water.”

The men drank and they lived to fight.  As an added bonus, the early morning sun reflected off of the water, making them look like pools of blood.  The enemy king of Moab became convinced that the three nations had fought and killed each other.  He instructed his battalion to fall upon the spoils.  Instead, they stumbled into the three kings with their armies, refreshed and ready to attack.

Reading chapters of the Bible with the Land as our guide adds a new layer to our holy texts. With the Jews’ return to Israel, we’ve discovered clues that can help us solve 2000 year old mysteries.

Why Pray for Rain