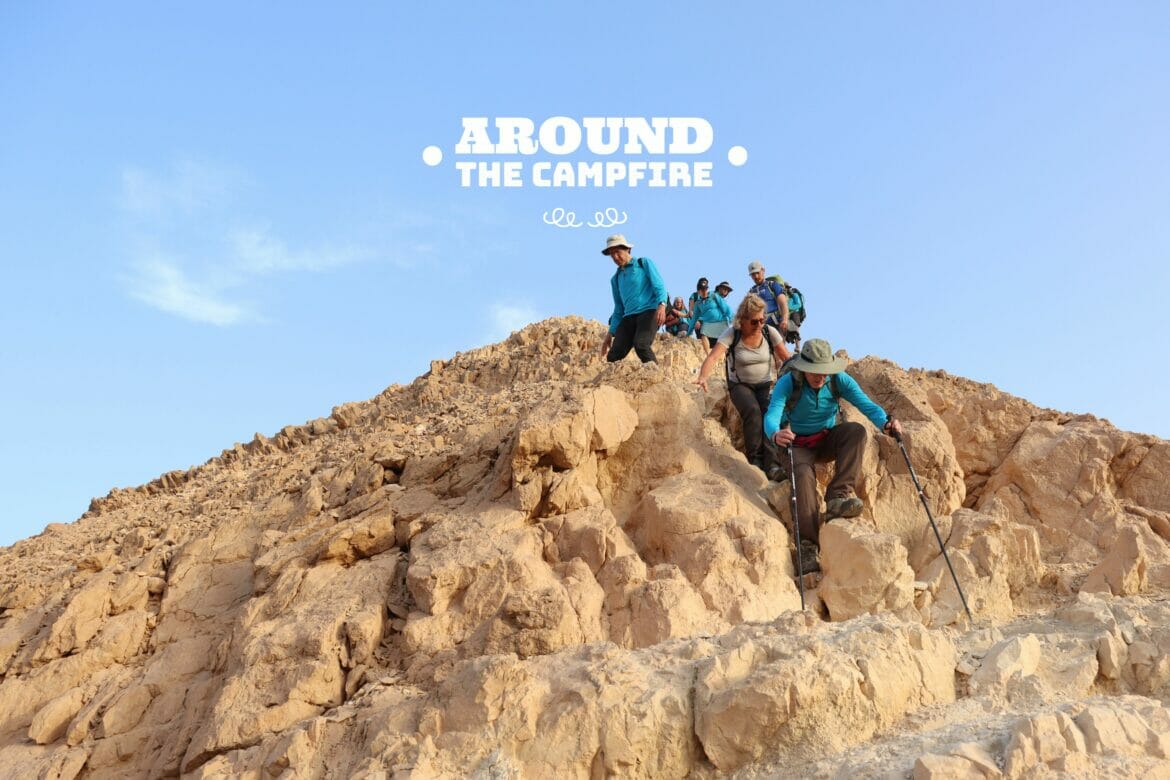 Heavy winds blow through the desert, lifting up sand, rocks, and refuse. A camel walks through the sandstorm on his wide feet, his long eyelashes (and third eyelid) blocking out the tempest as he seeks his next drink of water.  He may not find this for weeks, but he’s got that covered too.  The thick lump of fat on his back will nourish him and replenish his resources until he reaches sustenance.

Adaptation. We see it in nature all the time.  Animals have adapted to survive in their specific climates.  And while they may have undergone this process of change over time, it is clear that the ones who adapted are the ones who thrived.

This year has been a year of adaptation.  Changes have come that no one ever expected.  The entire world has been required to adapt, to change our ways in order to thrive in the current reality. It hasn’t been easy.  But somehow, as a whole, we’ve managed.

This past week I hiked for three days in the desert with Heels of Love, a fundraising hike for Alyn Hospital.  Because of the pandemic, the organizers had to rearrange the hike and its logistics, several times. In our current climate, they weren’t even sure whether or not their hike in the mountains of Eilat would get off the ground at all.

And then there was a heat wave.  It seemed like the final obstacle in a string of unfortunate events – who can hike in the mountains around Eilat, one of the hottest places in Israel, during a heat wave?

But instead of cancelling, they adapted.  A new route was formed.  The schedule was changed.  Rather than hike through the day as planned, we would arise well before dawn, for a sunrise hike up Mount Shlomo.  During the hottest hours, we would jeep on over to the Red Sea, for a refreshing midday dip to wash away the sweat and dirt.

As one of the hikers, it wasn’t what I expected.  But all of us adapted. Snorkels and swimsuits were packed. We got ready to wake up early, some of us eager to capture the enchanting atmosphere of sunrise in the desert mountains, even if we weren’t going to be able to hike our planned routes.  As a whole, this hiking group was filled with adaptable people, ready to deal with heat, a few days without showers, dirt, and schedule changes with open hearts.

The best part?  Nobody, neither hikers nor staff, even realized that this was a special quality.  They seemed to accept these small changes with gratitude, looking for the silver lining in every small difficulty.

I guess that should come as no great surprise.  They were all there together supporting a humbling cause: raising money for a hospital that helps children and families adapt to challenges far greater than a heat wave.  The children at Alyn are forced into resilience, readjusting their habits and lives to deal with physical difficulties that healthy people just can’t imagine.  Every single day.

Adaptation. It’s essential for survival, for leading a meaningful life.  Whatever challenges come our way, acceptance and change is the only way to find unexpected blessings in the unexpected.

Sojourning in the Desert

Get into the Groove of Israeli Seasons