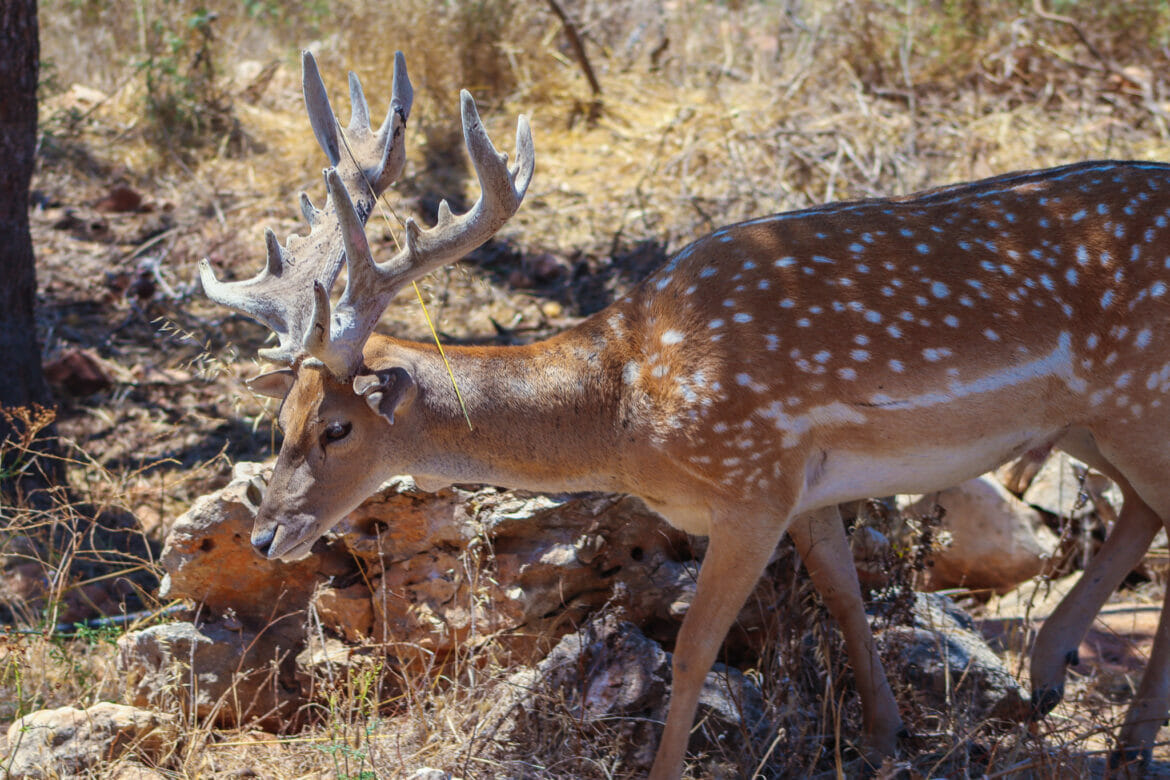 It’s February 10th, 1979, the days of the Iranian revolution. After much stress, the extraction operation from Shia ruled Iran was successfully completed. The Mossad along with the Ministry of Foreign Affairs could finally breathe again. El Al’s last flight from Tehran landed safely in Tel Aviv, carrying 520 Israelis and Jews who escaped at the last moment from the Islamic revolution under the Khomeini regime. Barely anybody knew this, but there was another kind of immigrant held in the belly of the plane: Fallow Deer. If you wish to see them, head to the Carmel, walk the trails, and visit the Hai-Bar Carmel nature reserve.

Missing: a Resident of Israel

The triumphant story of the deer returning to the Carmel begins a while before the revolution, when zoologists in Iran discover a small herd of Persian Fallow Deer, an animal which appeared to be extinct up to that moment in time. A small herd of 25 of them were grazing and roaming the land. They seemed to be skinny and in poor physical condition. The zoologists understood that they can be bred in order to restore their population on Earth. For this to happen, they needed to be transferred to a safer and more supporting habitat.

The Fallow Deer was popular in Israel, even being mentioned several times in the bible as a pure animal appropriate for eating: “the deer, the gazelle, the roebuck, the wild goat, the ibex, the antelope and the mountain sheep” (Deuteronomy 14:5). Up until the beginning of the 20th century, you could spot them in the Galilee and the Judean Mountains. Unfortunately, an unsupervised hunter drove the entire Israeli Fallow Deer population to extinction.
The Israeli Nature and Parks authority requested to be in charge of returning the deer to our country’s landscape. They were authorized by the brother of the Iranian Shah to receive four females and four males, in exchange for hunting a large male Ibex in the Negev, or so the story is told.

How can you export deer during the chaotic Iranian revolution, when executions are ceaselessly taking place in the streets, and relations between the countries were growing more distant with every passing moment.

A Nature and Parks authority employee was sent to Iran with a foreign passport. He set out to the north, located the deer, gently caught them, and quickly returned with them to Tehran. He told everyone that they were meant for a European country, although their true destination was Tel Aviv.

When the plane landed in Israel, the deer were taken to the Hai-Bar Carmel nature reserve. There, with lots of hard work and dedication, they were successfully introduced to the country. After being given nutritious food, safety, and adequate living conditions, the females were quickly impregnated and gave birth to the first Sabra Fallow Deer.

Today there are over 500 individuals, half of which are located here in Israel. The Fallow Deer conservation project included the return of herds to the wild to the Nahal Kziv nature reserve and the Judean Mountains, in which they seem to have settled in well. In the Hai-Bar Carmel you may see the Persian Fallow Deer alongside other animals such as eagles, hawks and different types of deer, some of which are also returned to the wild.

The suggested trail is not circular, so two vehicles are required. It starts in a gravel parking lot adjacent to Damon Junction, east of Isfiya, and finishes in the Hai-Bar Carmel. We also recommend a visit to the Hai-Bar itself to observe the deer and other animals that they nurture with the help of the Nature and Parks authority.

How to Hike It

The route begins at the gravel parking lot next to Damon Junction, on the left side of Road 672 to Haifa, exactly one minute after passing Damon Junction on the way to Haifa. The path is marked with blue trail markings and signs in certain parts. Our route: Galim-Kelah Rivers. We will descend Nahal Kelah (blue trail markings) and climb towards the Hai-Bar Carmel via Nahal Galim (green trail markings). The route is 6 km in total and includes a steep descent with hand pegs and requires passing through boulders and a 1 km ascent at the end. The estimated walking time is 4 hours and is suitable for experienced hikers.

The entire area is called Little Switzerland, a name derived from the similarity in landscape. See for yourself from the observation point located next to the parking lot at the beginning, which reveals only a speck of what’s to come: thick green Mediterranean groves with unique rock formations encompassing. After a few minutes of walking, you’ll be completely surrounded by nature, with the bustle of the city and civilization long forgotten. The descent into Nahal Kelah includes a number of adventurous segments. Make sure to stay on the trail and don’t try to break new paths. After about 2 km of descending the river, you’ll reach a dam and the trails split. Continue down and straight with the help of metal pegs set into the boulders. Another 1.5 km down the river you’ll reach another split, this time take a right to the green trail marking, which will lead you to the ascent to the Hai-Bar.

Please hike safely: wear a hat, take plenty of water, proper shoes, an up-to-date map, and know that the trail can be slippery.

Israel nature expert Elad Bar Ilan lives in Kibbutz Hulda. He is an (amazing!) tour guide and owner of Time Travel Israel, a tour company that provides unique, tailor-made experiences for groups and individuals who want to see Israel in a completely new way.

This Long Ramble Through Little Switzerland hike passes right by Hai Bar. Check it out!

For a short hike near Hai Bar, try this Little Switzerland Loop Trail.

Where is Hai Bar Carmel?

Hai Bar Carmel is in the Carmel Mountains, right on the outskirts of the city of Haifa.

How long is a visit to Hai Bar Carmel?

A complete tour of the animals at the reserve takes about an hour.

Do you have to pay to get in?

Yes. The price is 22 shekel per adult and 9 shekel per child. Or, use your Parks card.

When is Hai Bar Open?

What can I see at Hai Bar?

You can see roe deer, wild sheep, wild goats, vultures, eagles and more, all living in their natural habitats.

Are the hikes close to Hai Bar?

Yes! Little Switzerland is a beautiful area for hiking, less than ten minutes away.

Can I get an explanation of what I’ll see there?

There is a short movie that can be arranged in advance. On Fridays and other popular visiting days, volunteer staff members are available to tell the story behind Hai Bar.

Who do I call to ask for questions or reserve in advance?