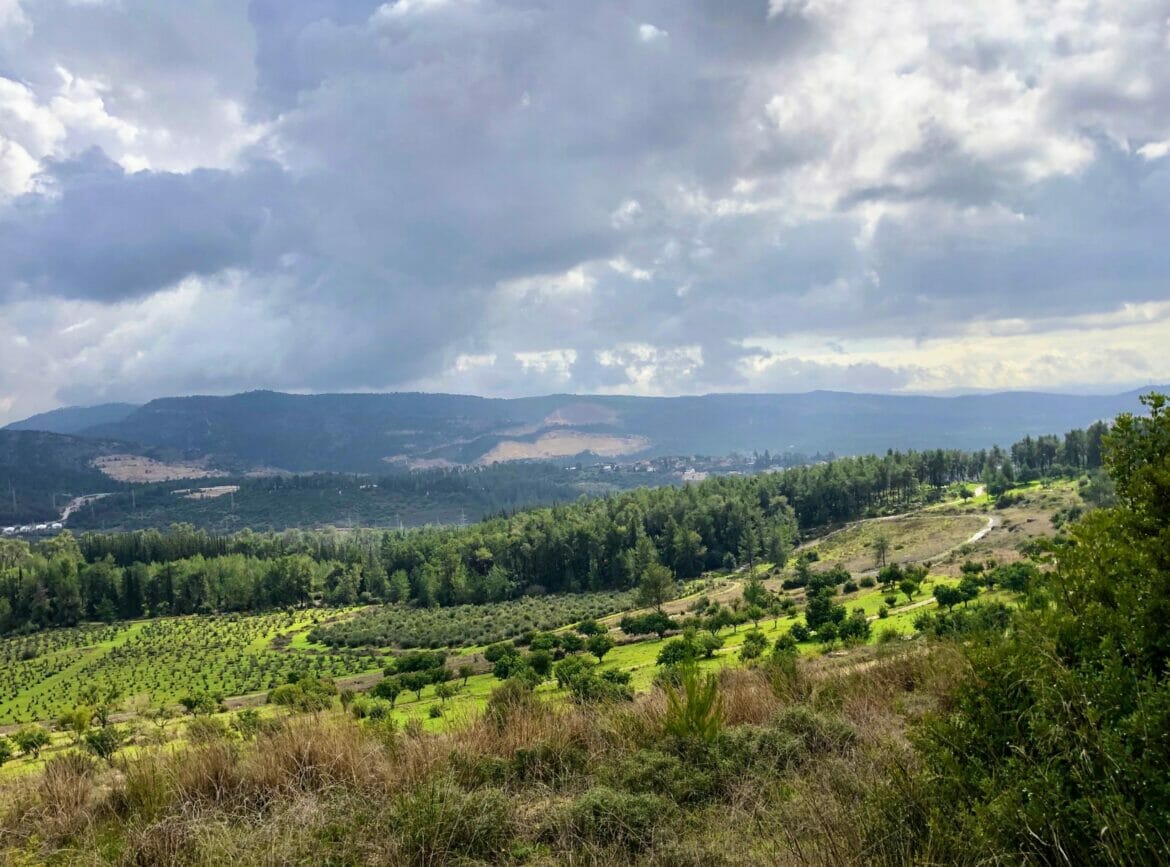 by Shaul Goldstein of the Israel Nature and Parks Authority

It’s a strange autumn here. Can you believe it’s the middle of October and it still feels like summer? Everyday it’s still over 30 degrees; and no rain!

This weekend we moved the clocks off of Daylight Savings Time, and I’m definitely not feeling any Fall weather.  The dry season is so long this year that even in the Nature Reserves we’re seeing the effects.  Everything is dry, dry, dry.  We had a very wet winter last year that filled the reservoirs and rivers.  We had a great deal of lush green undergrowth grow up, and we had so many flowers that sprouted up in spring – more than we’ve seen in many years.  And now, all of that huge amount of plant matter is all dried up.  This has naturally increased the risk of fires breaking out.

The abundant winter rains also put quite a lot of snow up on the Hermon Mountain this year. It’s been melting all summer, so we’ve had really nice flows of water through the rivers up north. But when will the new winter rains come to replenish this?  We haven’t had a drop of rain since April and even the farmers have had to irrigate their fields instead of getting some fall rains!

The Method to the Madness

The meteorologists tell me they expected this, and they sent me a prediction written half a year ago explaining that we’re in for a very dry fall season until at least January.  Well it looks like (so far), they’ve got it right.  They explained that this is because we are now in an La Nina year.  They say there has never been a wet Fall in Israel during an La Nina year. The La Nina (which is different than the El Nino), is a phenomenon that occurs in the Pacific Ocean every few years when the surface waters at the equator are a bit cooler than usual.  It causes weather pattern changes over huge areas.  So, a few degrees difference occurring thousands of kilometers away effects weather patterns all over the globe. Amazing!

Then there’s also the effects of climate change added onto this.  As the world feels warmer and, so too the summers in Israel are getting hotter and longer. The last 5 years (2015-2019) were the 5 hottest years globally ever recorded.  And the 2010’s have been the hottest decade ever recorded.

The Fall of 2010 was also unusually hot and dry after a big rainy winter, similar to this year’s pattern, and remember what happened then. There was a huge forest fire on Mount Carmel in early December 2010 which was the worst forest fire in Israel’s history, and also the most deadly (44 lives were lost). We’ve had a lot of fires in the Nature Reserves this summer but we’re staying vigilant and hoping we can get safely through the dry season until the rain begins.

Climate change is also causing changes in animal behavior.  Many animals act based on changes in the season. One of the most dramatic is the annual migration of millions of birds from Europe to Africa, with over half a billion of them crossing over Israel each year.  Scientists have found real changes in migration along with changes in the climate, such as the dates of leaving and arriving, the date of egg-laying and even changes to the sites to which the birds migrate.

Like the migrating birds, we too are feeling with our bodies and observing with our own eyes, the actual changes to the planet that that are due to our actions. The rising temperatures and the lack of rain show that we’re not fulfilling our deal with God to be careful custodians of the Earth.

I can’t help but be reminded of the Biblical story of Noah and the ark, which is in last week’s weekly portion of the Torah (and he certainly got a lot of rain!). The Lord who created the Earth decided to destroy it (Genesis 6:11), except He decided to give us all just one more chance.  And after the land has dried out, he brightens the sky with a beautiful rainbow and gives us a promise that He won’t bring a deluge to destroy the world again. And then He blesses us with a great deal of love, but also with a great deal of responsibility, to “be fruitful and multiply, and replenish the earth” (Genesis 9:1). Implicit in this blessing is the responsibility to protect and to nurture the earth. To this we need to pay more attention.

In the Nature Reserves and National Parks, the INPA staff are all getting ready for the rains of winter, and we hope they will come soon!

Guest post by Shaul Goldstein, directer and CEO of the Israel Nature and Parks authority. Read all about Israel’s National Parks in English on their incredible website!

Stay tuned for more great content from the Parks Authority.